Clearly, Andre Agassi speaks from experience when he says that tennis is the loneliest sport. Unless you’re in a doubles match (and even then, there doesn’t tend to be a whole lot of talking), tennis players have only themselves to talk to – and talk to themselves they do. It’s natural to have conversations with yourself in your head while you’re in the middle of a match, but what you say to yourself during these conversations matters a lot more than you might think. Self talk is, in many ways, part of the game and while negative self talk can undermine your game, positive self talkcan actually help you to win more matches. 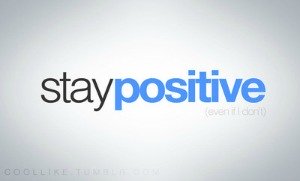 What Is Self Talk?

First things first, let’s answer the question that a lot of readers are undoubtedly asking right now: what is self talk? Fortunately, it’s a simple concept. Self talk is exactly what it sounds like – literally talking to yourself, usually in your head rather than out loud. Positive self talk consists of positive statements, while negative self talk consists of negative statements. The content of these one-person conversations can have a significant effect on your game.

It’s well known that negative comments from others can have a deleterious effect on your self-image and undermine your confidence and the same rule applies to the negative comments that you make about yourself. If this has become a habit for you, then many of the limitations that you may think that you have as a tennis player could be completely self-imposed. Many of us limit ourselves through our own self talk; when we tell ourselves that we can’t do something, it’s far more likely than not that we can’t accomplish this goal. By the same token, when you use positive self talk, it is much easier to do achieve any goal that you set for yourself, whether it’s improving your serve or resolving to win more matches.

Why Positive Self Talk Matters To Your Game

When you’re playing a match, you need to focus on your game and the opponent you’re facing. You’ve already got more than enough on your mind – so why would you want to sabotage yourself with negative self talk? When you dwell on the negative, you’re giving your opponent an advantage and that’s hardly the way to win the match.

When Chris Evert began training as a tennis player, one of the first things that her father taught her was to avoid negative self talk and to push negative thoughts out of her mind with positive ones during a match. Obviously, it’s an approach that paid off, as evidenced by her incredible 90% - 10% win/loss statistics over her professional tennis career and her 18 Grand Slam titles.

How to Reduce Negative Self Talk?

1. Listen to what you say or think and be aware of the inner voice inside you.

2. As soon as you are aware of any negative thoughts or self talk, shout STOP! inside your head.

How to Increase Positive Self Talk?

1. Keep repeating the positive self talk to yourself.

2. Record them down and place them prominently in your home.

3. Use short cue words to remind yourself the positive thoughts.

Positive self talk can help you to overcome minor setbacks and keep going by keeping you energized and confident throughout the match. For example, if you miss a shot which you think you shouldn’t have, don’t engage in negative self talk by telling yourself you’re a failure or for that matter, even that you shouldn’t have missed it. Instead, use positive statements like “I’ll make that shot next time.” This is the kind of positive self talk that made Pete Sampras such a successful player. Instead of dwelling on the negative, Sampras would tell himself that he needed to focus on the next point, not the last one. Instead of allowing himself to become obsessed with the fact that he was behind his opponent, he would tell himself what he needed to do to come back and win the match – and as proven by his 14 Grand Slam titles, it’s an approach which worked.

Improving your game really isn’t that much different than trying to achieve any other kind of goal that you set for yourself in life. While of course you need to be physically fit and to put in a lot of time practicing to develop the skills needed to be a good tennis player, there is another factor which makes for true greatness in tennis as in any other pursuit: confidence.

Positive self talk is one of the most powerful tools available to us to build our self confidence. It does take some practice to consistently give yourself positive affirmations while you’re playing a match, but the results can be so dramatic that it’s something that you should do as often as possible, whether or not you happen to be on a tennis court at the time. When you tell yourself you’re capable of it, you’ll win more matches; it really is as simple as that.

From "Mental Tennis: What Is Positive Self Talk And How Can It Help You Win More Matches" To "How To Play Tennis Efficiently And Become A Better Player"