3 Secrets To Better Attack The Net

In modern tennis, you seldom see players attack the net as they feel that it is very risky. Some of the reasons could be due improved string and racket technology that led to easier passing shots or return of serve. It could also because players seldom practice this strategy and led to low usage in matches.

However, according to research, the numbers don't support the fact that attacking the net is risky. In fact, approaching demolishes baseline play.

Attacking the net works at all levels of the game and here are three keys to improving your winning percentage.

You may have thought that hitting down the middle should not work. But it does. When you come in right down the middle of the court, think about their options – your opponent has absolutely no angle to work with. The middle approach definitely favours the net rusher. The opponent at the baseline almost always hits their passing shot in the alley trying to create angle that simply doesn’t exist. They don’t want you to hit the ball, but in doing so, the ball gets pushed wide by the pressure of your court position. 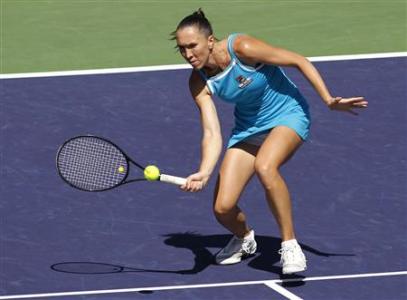 Key #2 - Approach to the Backhand

In today's game, everyone is talking about big forehand. Therefore it is best to take time away from the opponent's weaker side and that is usually the backhand. I strongly suggest that rip a heavy topspin forehand shot to your opponent's backhand and rush in.

You want to hit the ball hard with good spin to make the ball weigh heavy on your opponent’s racket and push them onto the back foot. It’s tough to pass from a defensive position, and the deeper behind the baseline, the better.

The wide approach can be a dangerous strategy . Sometimes there would be a really good approach hit very wide, but that opened up down-the-line and a short-angle, whipping passing shot. The more you approach the middle or attack the backhand, the more volleys you should be able to get your hands on.

In my opinion, recreational players can benefit if they attack the net more. Hit the right shot to the right part of the court and you will find that the volleys are going to be easy for you.

Serve and Volley: Is It Still Applicable In Modern Tennis?

Why Return Serve Is So Important In Your Game

Left-Handers: How To Overcome Them?

© 2011-2015, Improve-Your-Tennis.com – All Rights Reserved This website is for informational purposes only and does not provide individual advice. Use the information on this site at your own risk.