The 2014 edition of the French Open closed over the weekend, and what a deserving finish to a Grand Slam it was!

Rafael Nadal overcame a slow start and some early nerves to make the most of the French sunshine and warm temperatures after a week of icy conditions to triumph over his great rival, Novak Djokovic in four closely fought sets.

There were doubts by many respected tennis commentators and watchers that Nadal could maintain his dominant record in Paris at Roland Garros’ famous clay courts, but his form in the lead up to the final in demolishing highly credentialed opponents like Andy Murray and David Ferrer booked him a deserved place in the final.

On the other side of the net, Novak Djokovic benefitted from a somewhat easier run into the final, easily accounting for giant-killer Ernest Gulbis and arriving fresh for the deciding match.

So how did Nadal manage to extend his record breaking streak in the final on Sunday? As your online coach, here’s my take on the match.

Mental advantage – Nadal’s strength in his body in delivering powerful groundstrokes and penetrating volleys has never been in doubt, but this victory proved how focussed he is. He was able to block out the memories of his painful rehabilitation and any nerves to clinch his 14th Grand Slam title. On the other hand, Djokovic was disjointed and frequently gazed up at his supporters, seeming confused and at times resigned to losing. 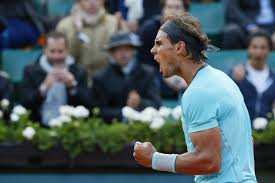 Conditions – It has been said that this was one of the coldest French Open’s on record, but the final was played in balmy 27 degree conditions. As well as the mental advantage that Nadal gains from playing in warm conditions, the extra humidity on clay suits Nadal’s game far more than his Serbian rival. In particular his kicking, top-spinning forehands reared up from the warm clay surface far more than they had in the opening rounds, meaning his returns and groundstrokes were even more difficult to handle.

Error Count – Djokovic most likely did the most damage to his chances during the match by conceding far too many unforced errors. This is shown in the statistics which tally almost 50 unforced errors for Nole, as compared to under 40 for Nadal. The other crucial factor was that most of these errors occurred on crucial points, which Djokovic only able to convert one out of every three break points while Nadal capitalised on 60% of his opportunities. Two of these break point misses for Djokovic allowed Nadal to save games that allowed him to win the set.

Forehand Domination – If Nadal won the match with one stroke, it would have to be the forehand. His lethal weapon resulted in almost 30 clean winners, a phenomenal number, especially when you compare it to the five points he won with his backhand. 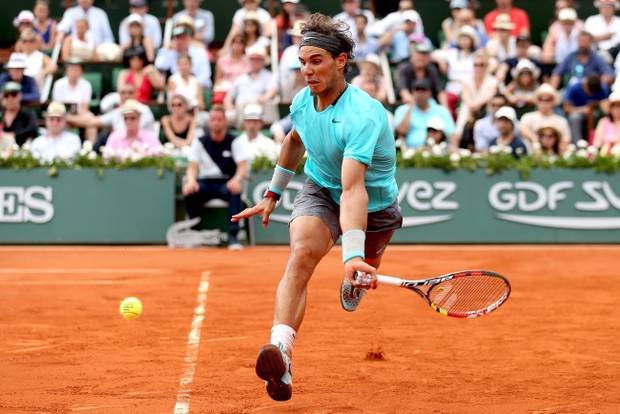 For Novak Djokovic the result in Paris takes his record to a concerning five losses in his last six Grand Slam finals. It  is not a record he wants to continue, as it may result in tennis fans questioning his mental strength and ability to close out close matches in finals. Significantly, he seems to have gone backwards from the heights he scaled several years ago where he was regularly beating the other “Big 4” members of the men’s tour.

With his coach Boris Becker Djokovic will refocus ahead of Wimbledon, and promised the crowd he would be back next year in the final.

For Rafael Nadal, his favourite Grand Slam was once again a happy hunting ground and a reward for the long months of treatment and rehabilitation on his troublesome body. The emotion showed in his post-match acceptance speech and the tears flowed freely during the playing of the Spanish national anthem.

While Nadal may not play as many tournaments as he once did in an effort to manage his injuries, it is clear he will be a major threat to all challengers in the coming Wimbledon Championships and the US Open, and perhaps close the gap further to Roger Federer’s 17 Grand Slam record.

From "French Open Finals 2014: My Post Match Analysis" To "How To Play Tennis Efficiently And Become A Better Player"

What Playing Tennis Can Teach You in Life

Tips To Start Off Your Tennis Playing Career